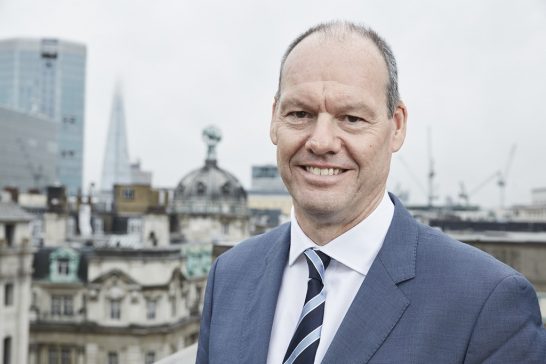 The boss of Mace has slammed comments made by Balfour Beatty chief executive Leo Quinn on the future of the CITB, branding them “reckless” and “unhelpful”.

Mace chief executive Mark Reynolds (pictured above) said Mr Quinn’s intervention threw a “boulder in the pond” when it came to the skills debate, adding that he was wrong to “go it alone” without the backing of the Construction Leadership Council or Balfour’s consensus body, Build UK.

Mr Reynolds was responding to a statement sent out by Mr Quinn last week in which he outlined the company’s likely intention to vote against the continued existence of the CITB, unless it saw detailed evidence of the body’s plans to reform.

Mr Quinn said construction’s current skills shortage proved that the CITB was not delivering on its remit to create the skills the industry needed, and as result could not justify a vote to support the levy.

In response, Mr Reynolds told Construction News: “Throwing a big boulder in the pond sometimes helps but if you want my personal opinion I think Leo’s comments were reckless.

“We want an industry that is pulling together, getting government support; we are better off working together rather than polarising comments from individuals because they have a bigger balance sheet or turnover.”

He added that while he believed Mr Quinn was absolutely right with a number of points and agreed the CITB had to reform, he said going it alone was ill-advised.

“It’s not helpful he made the comments without consensus of Build UK and the CLC,” Mr Reynolds said.

“It is important at the present time we have one voice to support a reformed CITB and work together to secure a construction sector deal.”

On Thursday Construction News revealed that Mr Quinn had stepped down from his role as the head of the skills workstream at the CLC in June after more than a year in the role, citing other “long-term commitments” for the decision.

A Balfour Beatty spokesperson said: “Balfour Beatty has been asking for further information for many weeks, making its concerns completely clear and is now awaiting further detail from CITB.”

The Mace boss outlined to Construction News the firm’s intention to vote in support of a “reformed CITB” as part of Build UK’s consensus vote, which comes to a close on Monday.

Mr Reynolds said voting against the CITB would be like “jumping out of an aeroplane with no parachute” and urged fellow contractors to not “throw out the baby with the bathwater”.

However, he said that reform was needed at the training body and Mace would be expecting that reform to be made immediately.

One of the changes demanded by Mr Reynolds was for the CITB to modernise and focus more on creating a multi-skilled industry, which would serve the future skills needs of a more modern, digitised construction sector.

This included opening up the rebate system from providing rebates for training in predominantly craft-based skills and said rebates now needed to be given to digital and management training.

In his statement last week, Balfour chief Mr Quinn also called for the implementation of a new mechanism, which would provide an effective check on the CITB’s delivery and clear sanctions in the case of failure.

Mr Reynolds supported this call and suggested the creation of a review panel made up of the industry’s biggest levy contributors to scrutinise the actions of the CITB.

“One of the recommendations is that the major funders of the CITB should act as a review body over the CITB to ensure it uses funds correctly and delivers the skills objectives of industry,” he said.

Mr Reynolds said it was imperative that there was a rationalisation between both the apprenticeship levy and the CITB levy to simplify how companies can pay levy but also retrieve grant.