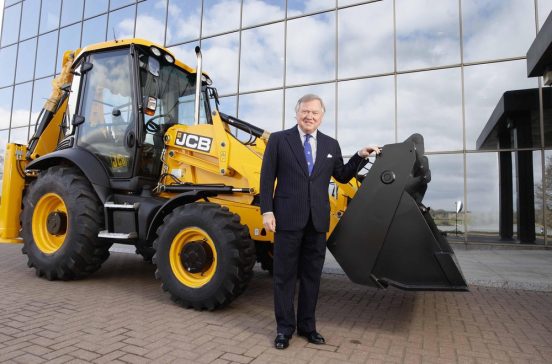 THE JCB ACADEMY APPROVED TO TAKE STUDENTS FROM YEAR 9

The JCB Academy have received approval from the Department for Education to take students at Year 9 from September 2018.

The JCB Academy in Rocester near Uttoxeter which specialises in engineering and business currently recruits 198 students at Year 10 (aged 14) across four local authorities within an 18 mile catchment area. From September 2018 the academy will recruit 66 students at Year 9 (aged 13) and the remaining students at Year 10.

The rationale for the Year 9 intake relates to provision within the local area and the impact on progression for young people. Within the academy’s 18 mile catchment area, Uttoxeter, Leek and Stone use the three tier school system: first, middle and high school. Currently students from these three areas who transfer to The JCB Academy at 14 leave their middle school at the end of Year 8, join a high school for one year and then transfer to The JCB Academy at the start of Year 10. It is often the case that students have already made the decision to move schools at the end of Year 9 before they leave the middle school, this often causes significant disruption to the learning process for these students and in some instances can be disruptive for the high schools themselves.

“We are delighted that the Department for Education has approved our request to admit Year 9 students. Particularly for those students in the three tier system this will ensure young people only need to make one school move at the end of Year 8 rather than moving to the high school at the start of Year 9 and The JCB Academy at the start of Year 10. For these students this will ensure a smooth transition from middle school onto their continuing education.”

Students interested in joining the academy are encouraged to attend the academy’s annual open day on Saturday 7th October which is usually attended by over 1,500 people.